How to replicate results for vertical cut in FEM program

The equations for a vertical cut in cohesive material are given in several publications including Heyman (1973): The stability of a vertical cut (see attachment Equations1.jpeg) and Verruijt (2001) Soil mechanics (see attachment Equations2.jpeg). I would like to try to replicate this analytical example as closely as possible using FEM. I am using Plaxis2D and the results for vertical and horizontal stress are given in Result1.jpeg and Result2.jpeg respectively. The material defined is Mohr-Coulomb with Undrained C material type. The parameters are as follows:

Why are the horizontal stresses deviating from the analytical result? How can I replicate the distributions predicted by the publications on an FEM program? 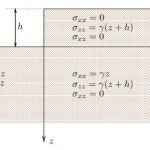 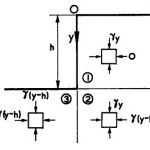 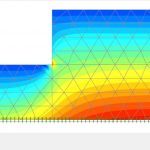 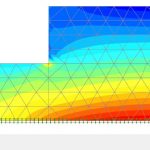