Multilaminate constitutive models are based on the concept that the material behaviour can be formulated on a number of so-called integration planes with varying orientation. Each plane represents a sector of a virtual sphere of unit radius around the stress point and is assigned a weight factor according to the proportion of its sector with regard to the volume of the unit sphere. The local stress vector is obtained by projecting the global stress vector into the integration planes, using the transformation matrix. Local plastic strain increments are calculated according to plasticity theory on integration plane level.

The multilaminate concept has been proposed by Pande & Sharma (1986), the model presented here has been developed at Graz University of Technology, Institute of Soil Mechanics, Foundation Engineering and Computational Geotechnics over the last 15 years. The basic model, applicable for normally consolidated soils, described in detail e.g. in Schweiger et al. (2009), has been extended to cover overconsolidated behaviour by introducing a Hvorslev surface. In addition the model features anisotropic soil stiffness at small strains. The model is described in Schädlich & Schweiger (2014), Schädlich & Schweiger (2013) and in full detail in Schädlich (2012). 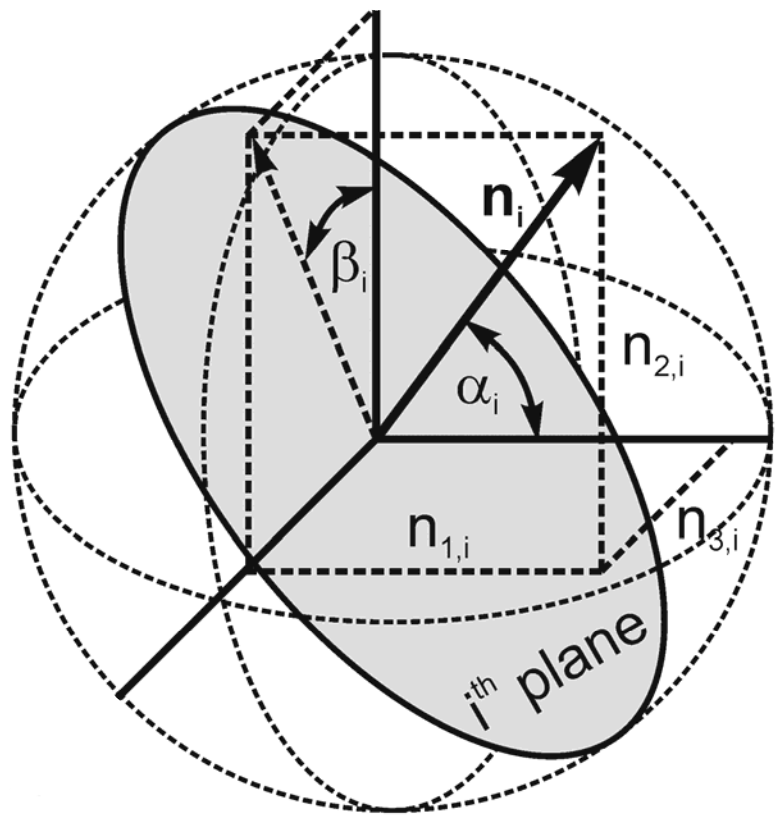