hello everyone!
based on the strength reduction method in clay hypoplasticity, firstly, I used two steps belong to the static_general, the first step is impose a gravity load, and not given the initial stress, the second step is the strength reduction, the two steps were completed, the friction angle was reduced to 17.2 from 30. but a clear failure surface was not seen in E or U field, as shown is fig 3,4. seeing from the f field ( all is less than zero, fig.5), i think the correct_dev_stress is work.
Then, i used the geostatic step as the first step by import the ODB file (just with the Elastic model) as the initial stress state, then the second step is the strength reduction, as a result , the geostatic step was completed, but the step-2 was failed with one increntment , as shown is fig 6,7,8.
may be the set of step is wrong ?
Anyone’s help is appreciated. 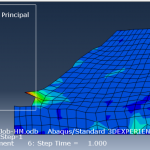 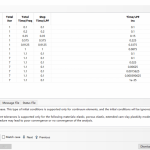 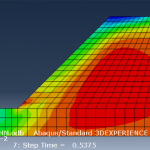 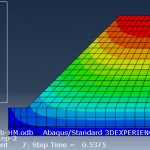 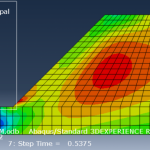