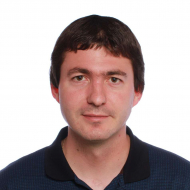 This user has not added any information to their profile yet.

As a national representative, I have been involved in three technical committees of the International Society of Soil Mechanics and Geotechnical Engineering, 2010-2016 I was secretary of the Czech and Slovak member society of ISSMGE, 2009-2015 I was a member of the panel P105 of the Czech Science foundation, I am or was editorial board member of journals Computers and Geotechnics (2009-2015), Acta Geotechnica (since 2014) and Géotechnique (since 2016). Since its launch in 2007 I have been coordinator and administrator of the soilmodels.info website. I teach a PhD-level course on hypoplasticity modelling, see https://soilmodels.com/course-hypoplasticity-for-practical-applications/

I have authored or co-authored more than 50 papers in international journals, see https://web.natur.cuni.cz/uhigug/masin/bib/DMbib.htm.

In my research, I specialise in development of constitutive models with particular focus on models based on hypoplasticity. In 2005, I developed the basic hypoplastic model for clays, later I also introduced hypoplasticity into the field of more advanced applications such as unsaturated soils, thermal effects and modelling of expansive soils.