Dear all, I am a Ph.D. student at Kharazmi University. Recently I have been trying to simulate a triaxial compression test using the hypoplasticity model for clay using ABAQUS. The UMAT subroutine is provided by Pro Masin on this website (umat_hcea.for).

Figure 1 shows the parameters that I set in the model based on the article “PLAXIS implementation of HYPOPLASTICITY
including standalone ABAQUS umat subroutines by David Masin, I’m using the Brno clay properties as it is described in the paper

as I have simulated the experiment successfully and expected the results to match the triaxial shear test performed on the Brno clay demonstrated in the paper “Clay hypoplasticity with explicitly defined asymptotic states” witch happens in (p = 280kPa), the result clearly doesn’t match as shown in figure 3 and 4

Could you please tell me what is the possible reason for this problem? 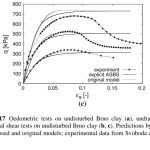 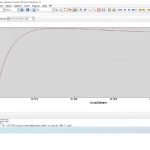 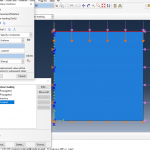